Dr. Yxstian Gutierrez is the Riverside County Supervisor for District 5. He served as a three-term Mayor of the City of Moreno Valley and was the city’s first-ever directly elected Mayor. He has served as a Councilmember for the City of Moreno Valley since 2013. On 12/5/2022, he was sworn in officially by the Clerk of the Board as a County Supervisor. In addition, he has served as a full-time university professor, an educational leader, and an executive director of curriculum and instruction. 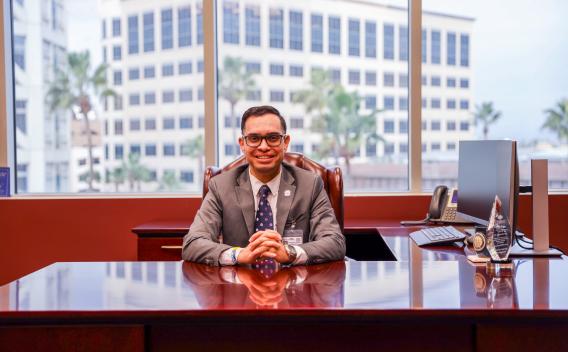